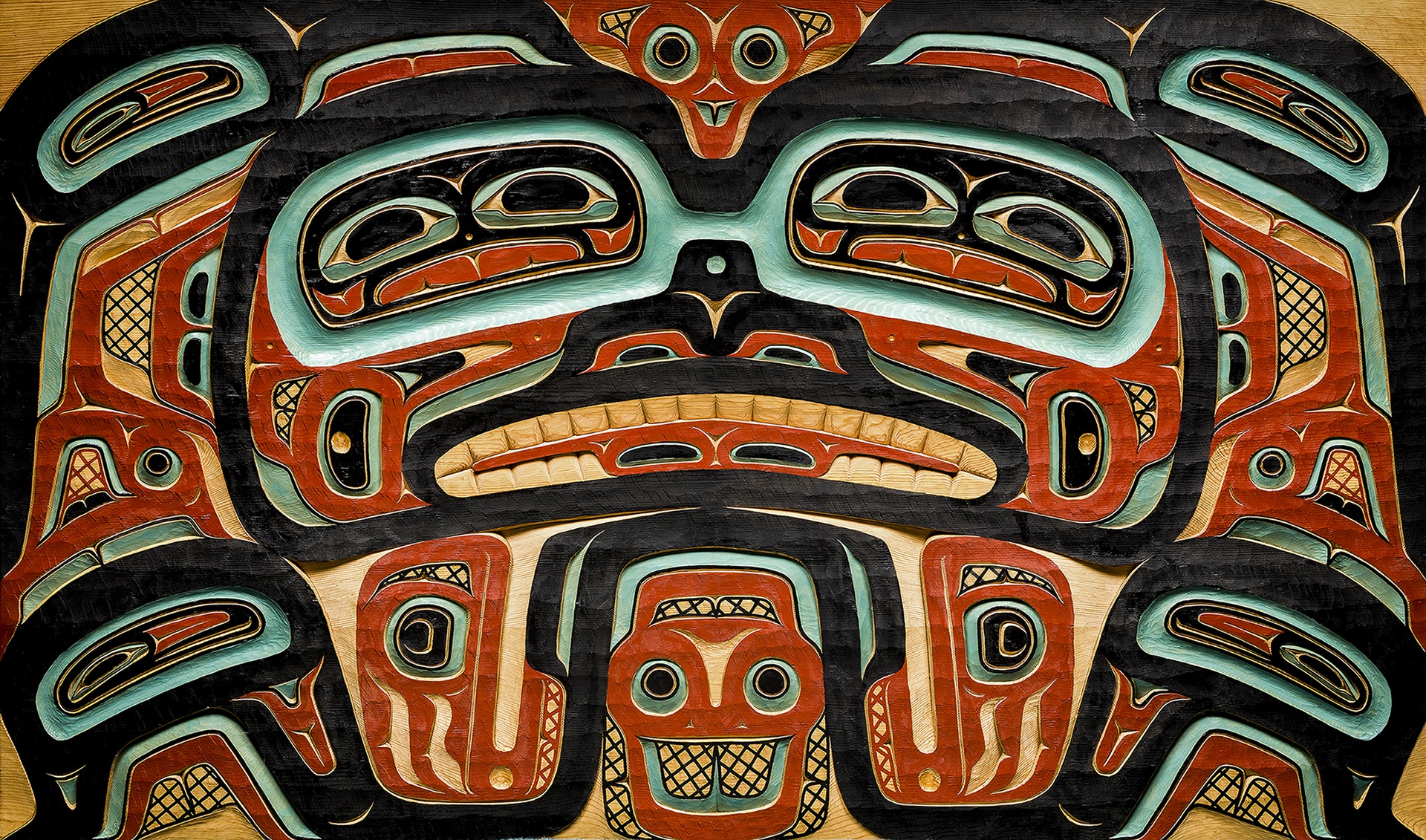 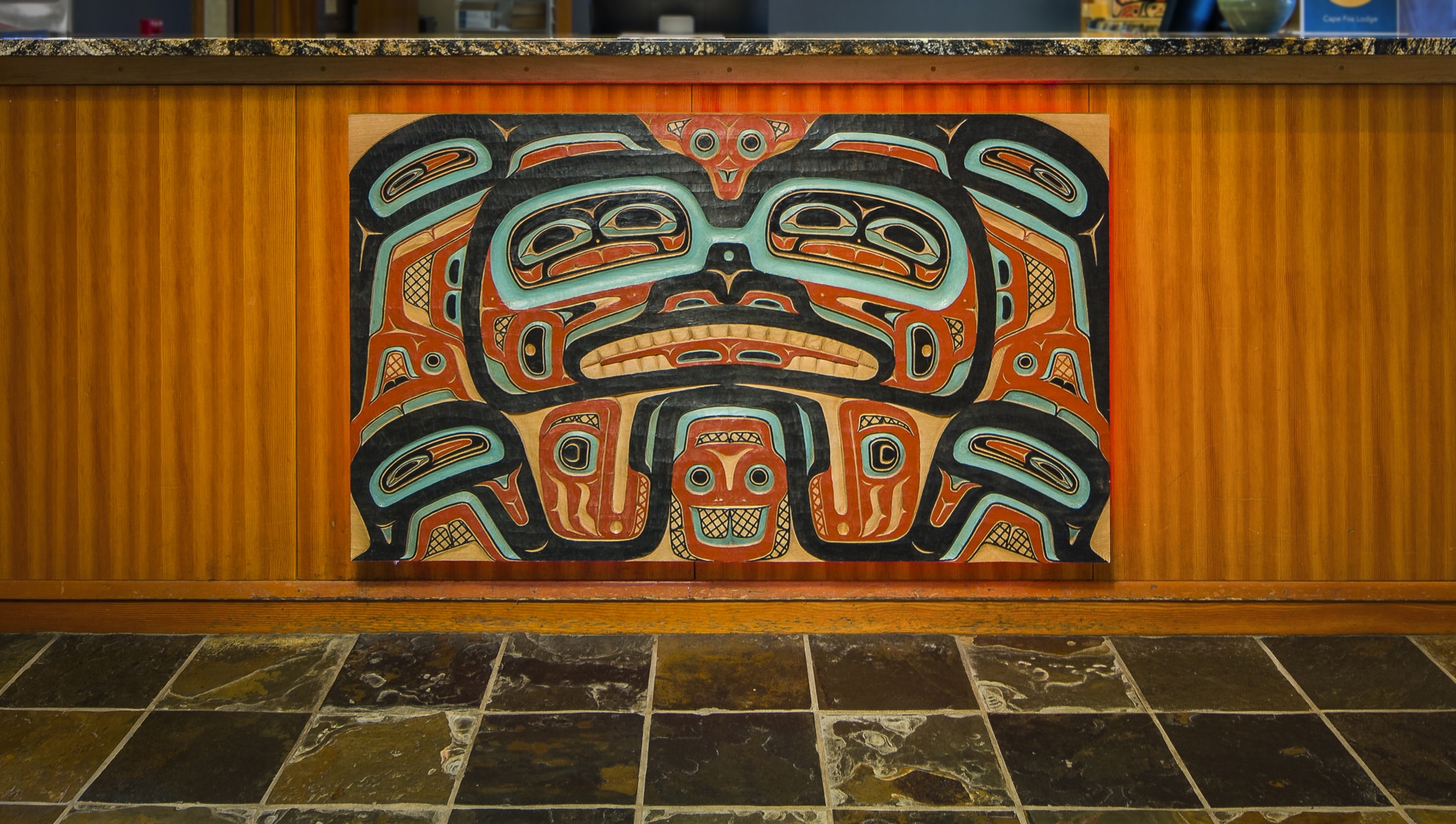 “When first creating the design, I only painted the black primary formline on the panel and then drew the rest of the design as I worked. During this time, I found that each viewer had a unique perspective on the art piece, so I decided to highlight these interactions and create a PNWC (Pacific Northwest Coast) bentwood box style formline design representing a human in mid-transformation. Since the design is of a human in mid-transformation, whoever would be viewing the artwork would ultimately decide. I wanted to create an interactive art piece largely influenced by the traditional belief that ‘the Tlingit people believed there was little difference between humans and animals except for form.’” – Kenneth White