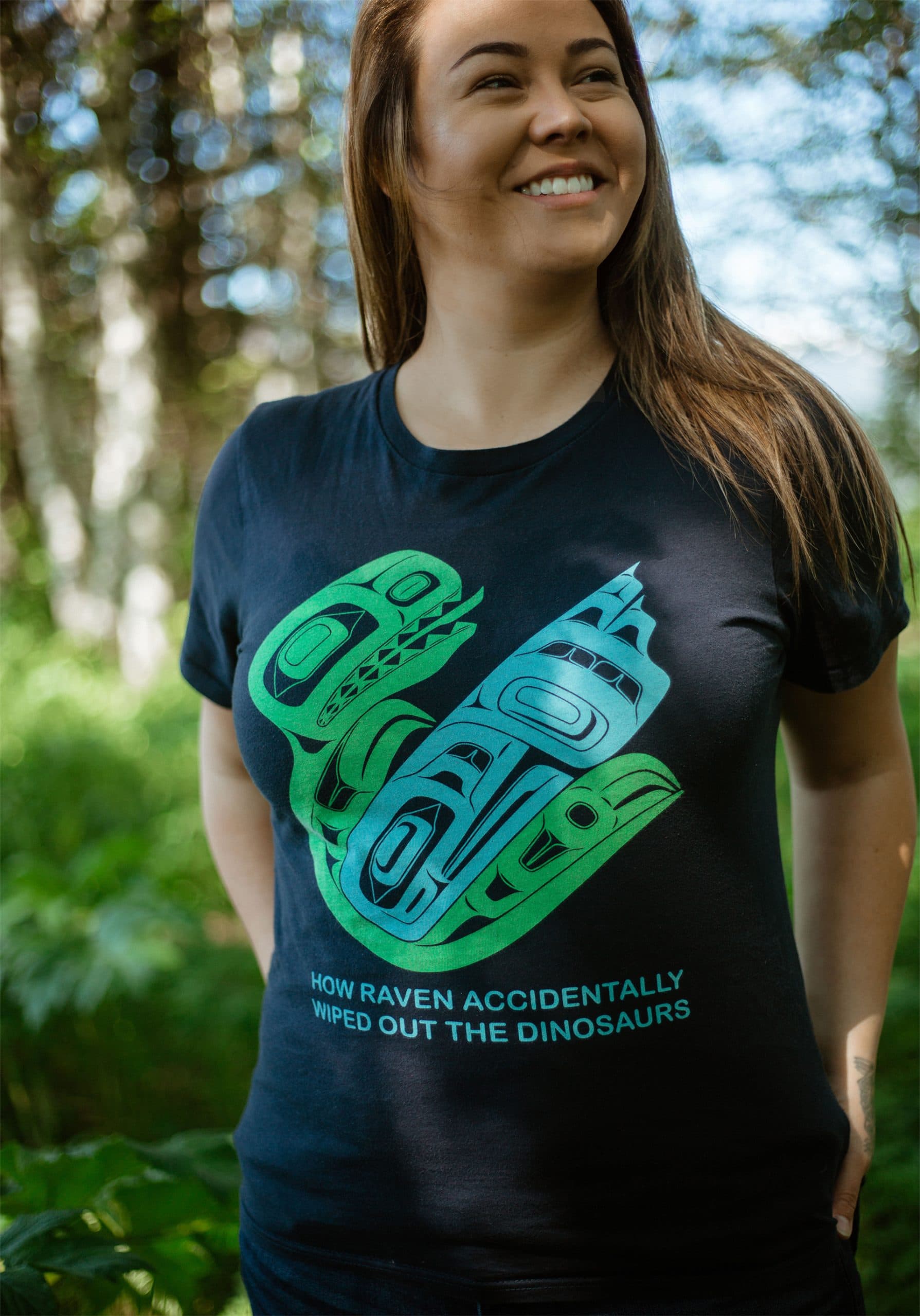 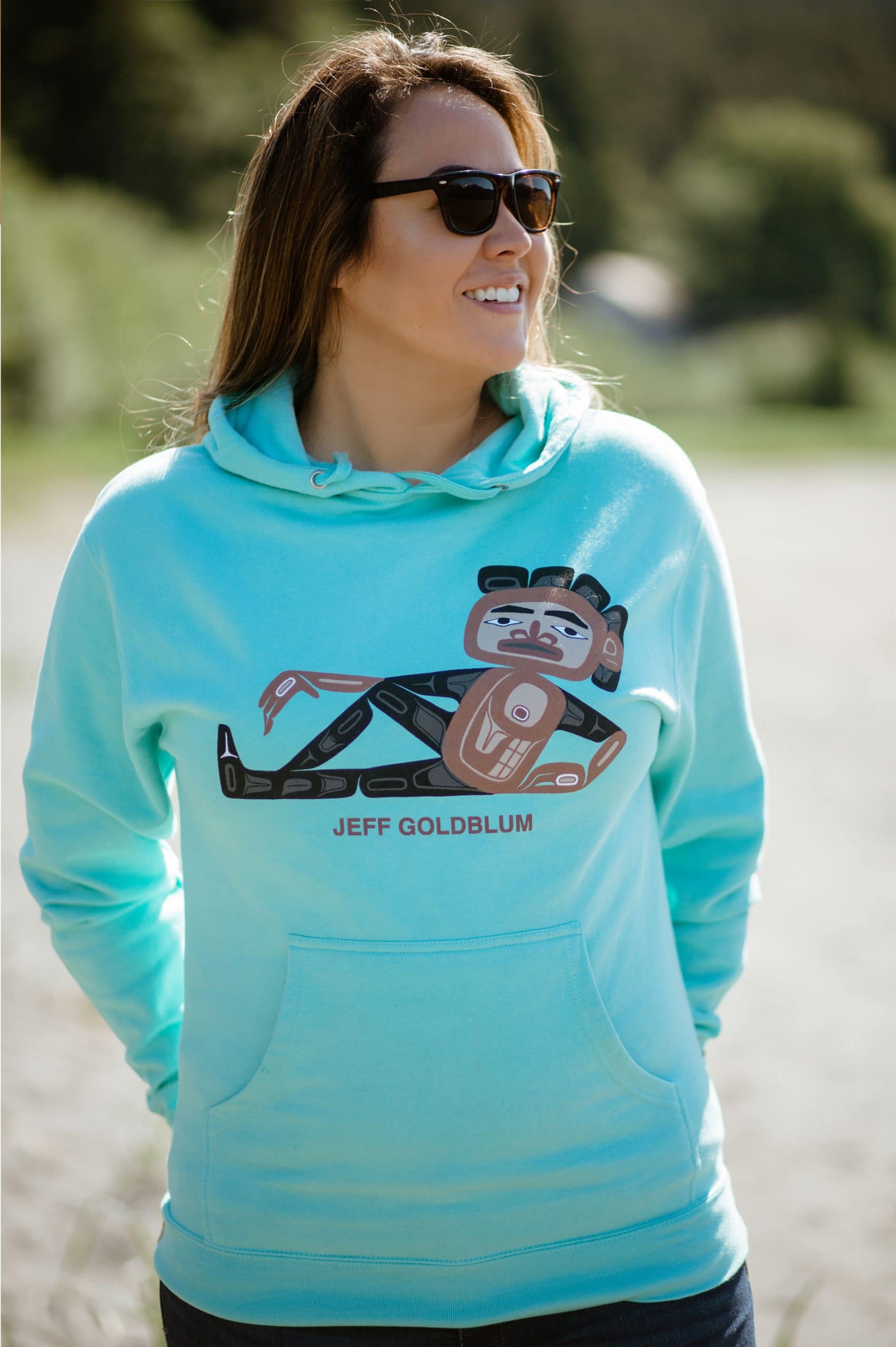 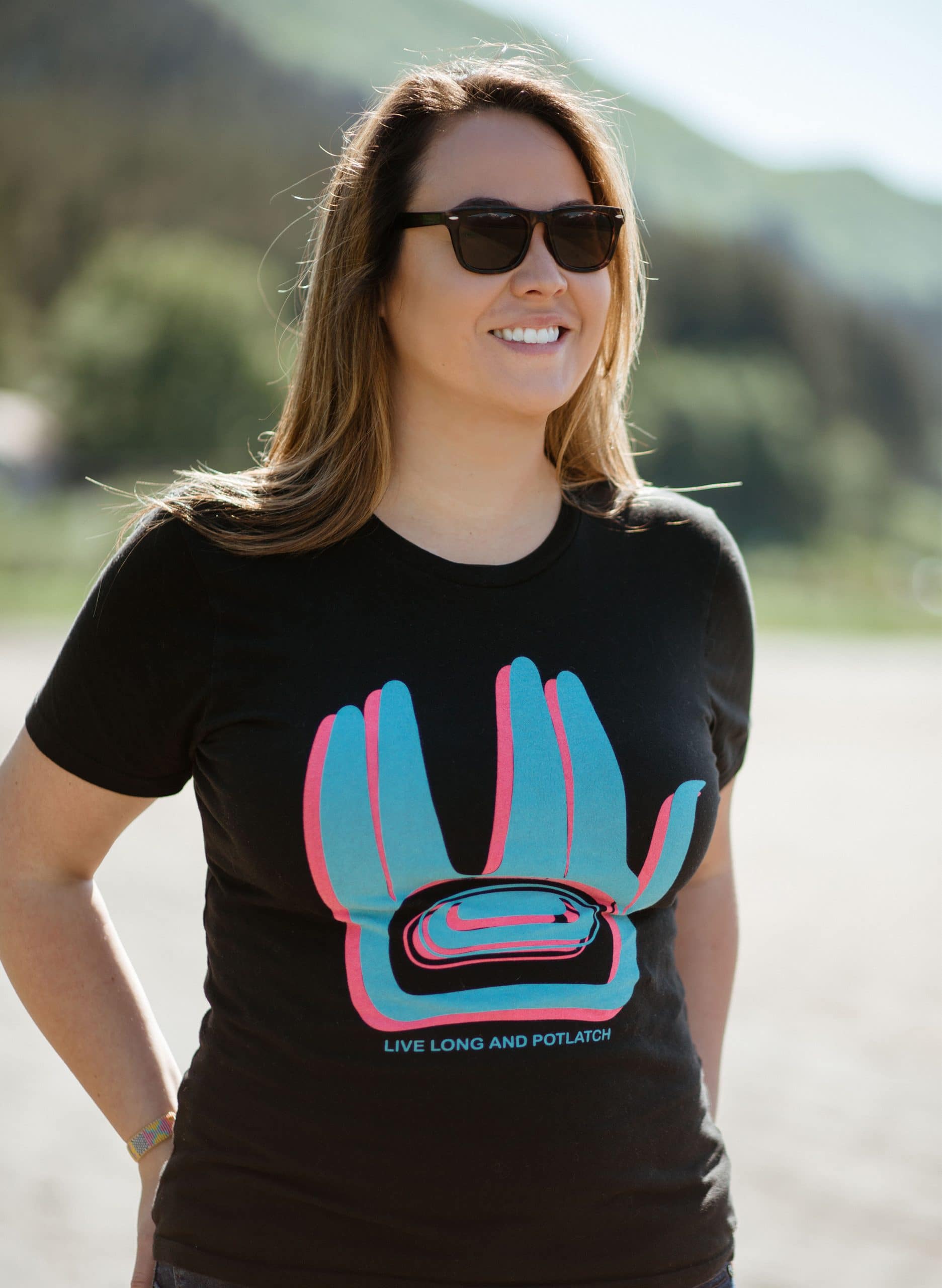 Caffeinated Raven celebrates laughter and heritage using Tlingit design. The company donates 1% of profits to Northwest Coast Indigenous language revitalization initiatives. Caffeinated Raven was founded by Alison Bremner. She has studied under esteemed artists David R. Boxley and David A. Boxley in Kingston, Washington. Painting, woodcarving, regalia, and digital collage are a few of the mediums the artist employs. In addition to her contemporary art practice, Bremner is committed to the revitalization of the Tlingit language and creating works for traditional and ceremonial use.